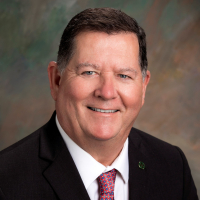 Martin Plourd was named CEO of Community West Bank in 2011, after a career in California's Imperial Valley, which included 30 years of commercial and retail banking experience. He is also a Director of the bank and President, CEO and Director of Community West Bancshares. Mr. Plourd's banking experience includes operations as well as consumer, commercial and agricultural lending. Beginning with Security Pacific Bank and First Interstate Bank, Marty became Executive Vice President of Valley Independent Bank. In 2009, he was named President and Chief Operating Officer of Temecula Valley Bank, where he served until joining Community West Bank. He is a graduate of California Polytechnic State University and Stonier Graduate School of Banking. 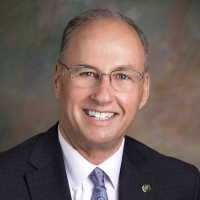 Bill Filippin was named Chief Banking Officer in 2015, was promoted to Chief Credit Officer and Chief Administrative Officer in 2020, and was appointed President in 2021. Prior to joining Community West Bank, he served as Market Area President with Heritage Oaks Bank (and Mission Community Bank until it was merged into Heritage Oaks Bank), holding various executive positions from 2010 to 2015. Mr. Filippin is a graduate of California Polytechnic State University, San Luis Obispo and the Graduate School of Banking at the University of Wisconsin-Madison.

Richard Pimentel joined as Chief Financial Officer at Community West Bank and Community West Bancshares in December, 2021 and is responsible for overseeing all finance, accounting and regulatory reporting for the organization. Previously, he was Chief Financial Officer at CalPrivate Bank, Pan American Bank and Bank of Manhattan. Mr. Pimentel graduated with a Bachelor of Science in Finance, Real Estate and Law from Cal Poly Pomona and is a graduate of the Pacific Coast Banking School. 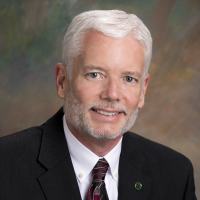 Joseph Stronks joined Community West Bank in 2018 and leads the Central Operations, Information Technology and Facilities departments. Before joining the bank, Mr. Stronks served as Senior Vice President and Deputy Director of Operations for Rabobank, N.A. and as Executive Vice President and Chief Information Officer for Heritage Oaks Bank prior to its acquisition by Pacific Premier Bank. He is a graduate of University of California at Santa Barbara, the Pacific Coast Banking School, and earned an MBA in IT Management from Western Governors University. Mr. Stronks is a Certified Information Security Manager.